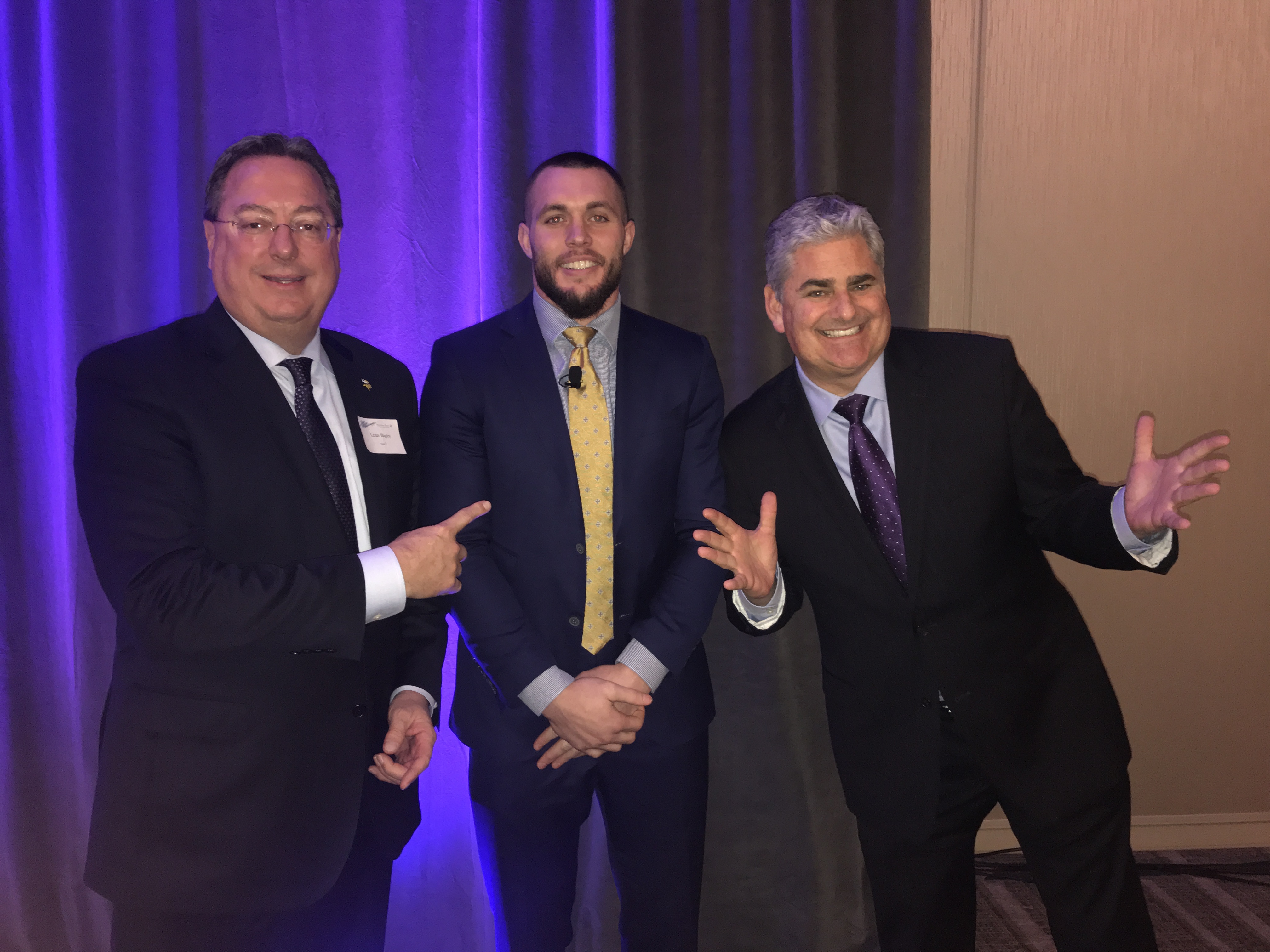 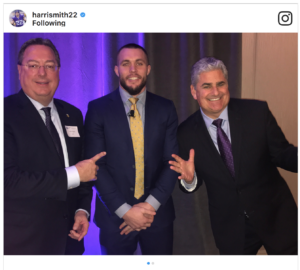 BLOOMINGTON, Minn. — Harrison Smith is used to going full-throttle for four quarters, but on Tuesday night, the Vikings safety was part of the “halftime” show.

Smith joined “Voice of the Vikings” Paul Allen for an on-stage chat between meal courses as the River Heights Chamber of Commerce held a “Big Game Gala” at the JW Marriott Minneapolis Mall of America.

As Allen was introducing Smith to the crowd, he mentioned fielding variations of the same question from guests about how what’s been a good season so far might conclude.

He said this year’s team is “unique” from any that he’s seen in more than a decade and a half. Allen expressed optimism and encouraged the enjoyment of every moment down the final stretch.

“Just enjoy it every single week, and we’ll see where it goes,” Allen said.

Smith, sharply dressed in a suit and tie, hopped up on the stage and immediately drew ribbing from Allen for not wearing socks, which Smith attributed to a fashion tip from fellow safety Andrew Sendejo.

Smith said the Vikings haven’t looked beyond Sunday’s meeting with the Panthers and explained how the approach goes beyond the one-game-at-a-time cliché.

“I think everyone remembers being pretty excited when we started 5-0 and ended up 8-8 last year, so that’s kind of a learning experience of what not to do,” Smith said. “I think that helps, as far as not getting ahead of ourselves.

“Also, I think the biggest thing is we have a group of guys that really enjoys playing football, which sounds kind of silly because we’re getting paid to play a child’s game, which is the best-case scenario, so how could you not love it? But for some guys, it can get kind of monotonous, the grind of every week,” Smith continued. “Around the league, that’s just how it is. That’s not how it is here. This team loves football, and I think it’s easy to go one day at a time when you love what you’re doing.”

Smith said he thinks Xavier Rhodes is “the best” cornerback in the league. When asked by Allen if Sendejo is wild or calculated, he explained how the safety is using a “weird mix of both” successfully.

“He’s one of those guys you look at who is supremely talented,” Smith said. “He can run with anybody, is big and strong and can play multiple positions, and he also calls our defenses and gets us aligned. He’s kind of the one who says, you know, he kind of gets us going when we give up a couple of plays here and there, he says, ‘All right guys, time to stop messing around.’ He’s been a force for us.”

“He just has this moxie about him, so it’s definitely not arrogant, but he just has a lot of self-confidence where you know he has it and he doesn’t have to tell you about it,” Smith said. “This quarterback situation, where we have three guys that have all at some point in their career been playing top-notch, you just don’t see that a lot around the league. Most teams can’t find one. If that’s the problem we have, I’ll take it.”

Allen opened the session to questions from the crowd, and one guest asked his thoughts of U.S. Bank Stadium.

“Normally players don’t get to see a lot of stadiums,” Smith said. “We just see the locker room and the field, but this one, I think, has honestly surpassed every player’s expectation. Last year, we kind of went in and played. It was awesome and loud, especially for the defense. It looks beautiful in the city, as well.

“In the offseason, when we had more time to come back to events that were held there, we really appreciated from more of the fan side of it, how many different areas and things are there that can be put to use,” Smith continued. “I got to go to the X-Games and thought that was the coolest thing.

Vikings Executive Vice President of Public Affairs Lester Bagley provided an update on the team’s future headquarters, the Twin Cities Orthopedics Performance Center, which is scheduled for completion on March 1.

Bagley said 220 workers from 38 contractors, including 34 Minnesota-based companies, are working on the headquarters that also will be able to host youth and high school sports and other events.

“It’s really a community asset,” Bagley told attendees. “Our vision is to share it with the community and partner not only with high school sports but our Minnesota Vikings Foundation.”

Smith, who attended the formal groundbreaking of TCO Performance Center in summer 2016, said he enjoyed learning about the site’s progress and chatting with guests about the Vikings season and Minnesota hosting Super Bowl LII in less than two months.

Click here to see photos from the Big Game Gala